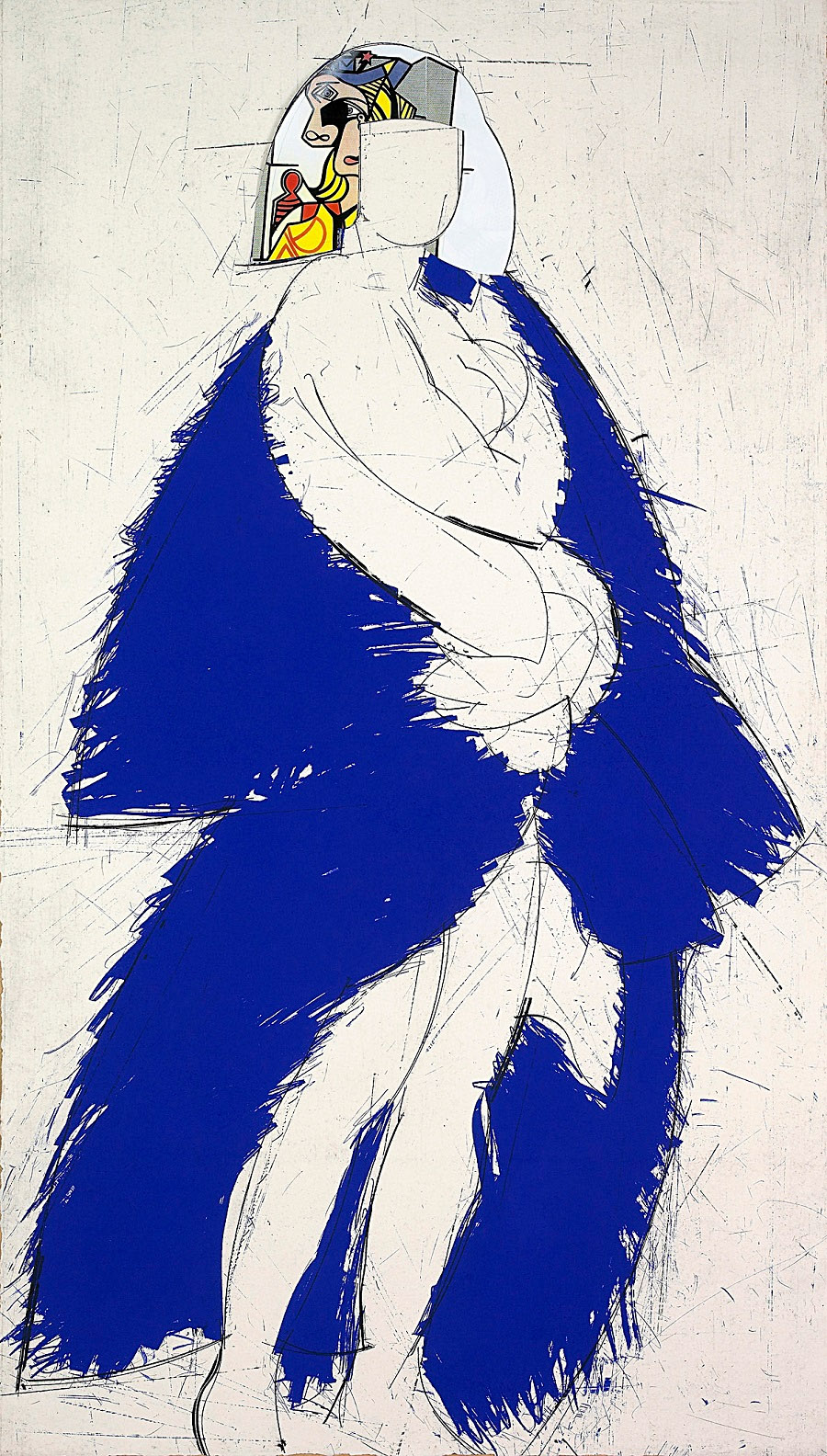 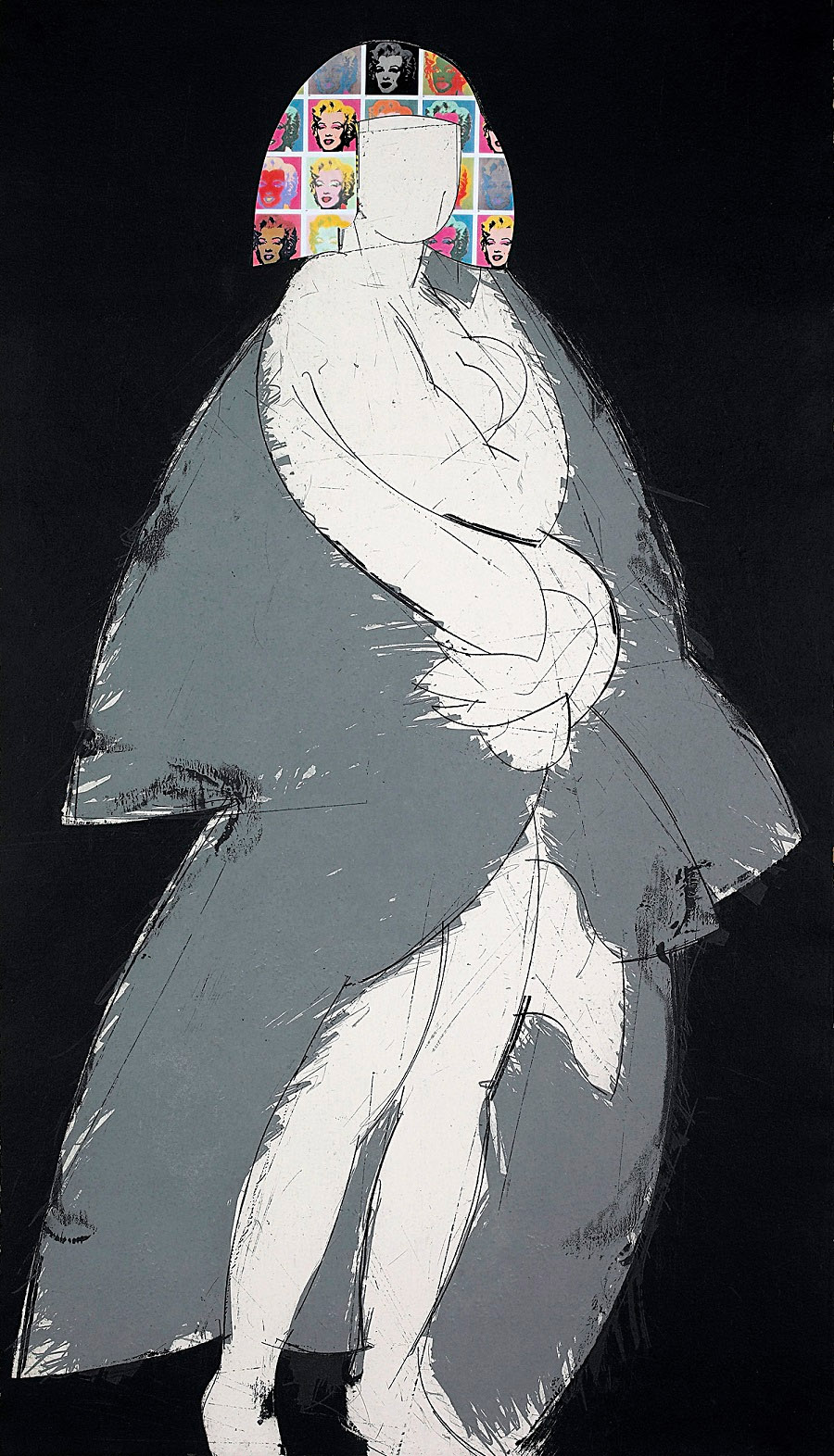 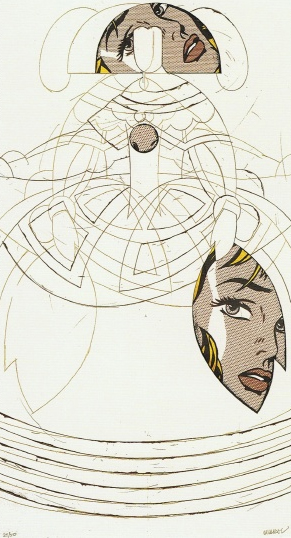 Lithograph and collage on paperboard

The Spanish artist Manolo Valdés (b. 1942 in Valencia) studied for two years – from 1956 to 1958 – in Valencia at the „Academy of Fine Arts / Real Academia de Bellas Artes“. He left the academy to finally work freely and create artworks.

Manolo Valdés was one of the co-founders of the Spanish „Pop Art“ group „Equipo Crónica“ (founded in 1964) with Juan Antonia Toledo. establish kind.

Within the artist group „Equipo Crónica“ Valdés developed his artistic language, which quotes and strives for the open air

A portion of irony and humor always resonates in his work when – as in the example mentioned – the portrait of „Queen Doña Mariana of Austria“ from a classic work by Diego Velázquez (1599-1660) is broken down into a construction drawing then to collage the smallest fragments from the work „Girl with Hair Band“ by the pop artist Roy Lichtenstein (1923-1997).

Manolo Valdés fragmentarily dissects the great works of art history and often only extracts a detail for his newly interpreted statements and appealing pop art compositions.

In his compositions and new interpretations, the pop art artist repeatedly draws on works from art history and likes to draw on the renowned artists of his home country. Image sections, outline drawings and portraits are included in their own compositions as outlines. In Valdés pop art, everything appears new and yet rooted in what already exists.

Manolo Valdés‘ collages become sculptural experiences, so to speak, thanks to all kinds of materials used.

Manolo Valdés is an internationally renowned artist whose artworks can be seen in many of the world’s most famous public art collections and museums (selection):

You are welcome to contact us if you are looking for or would like to purchase specific works of art by the artist Manolo Valdés.

For further positions by Manolo Valdés in the Jeanne Gallery in Munich or further information or if you have any questions please do not hesitate to contact us.