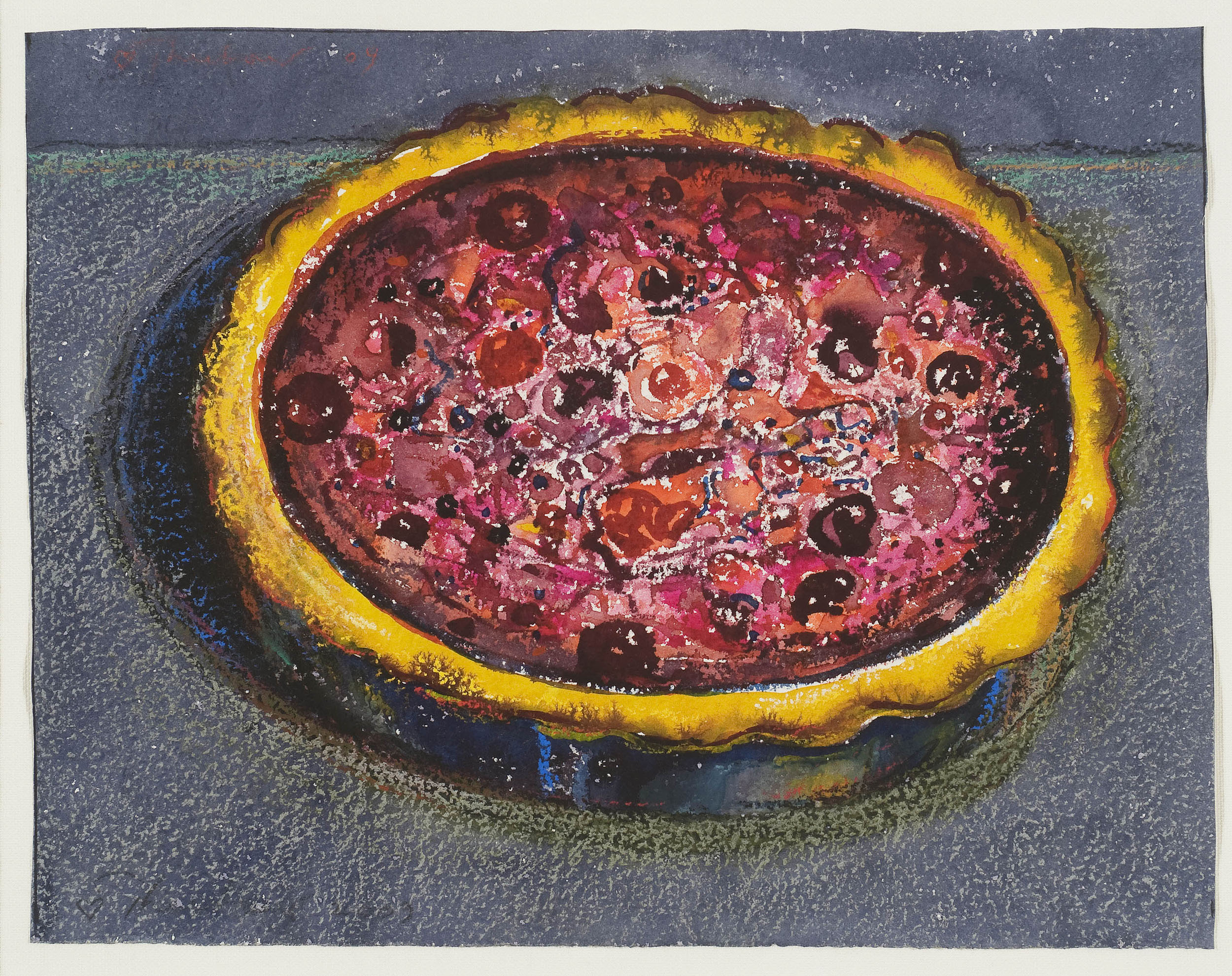 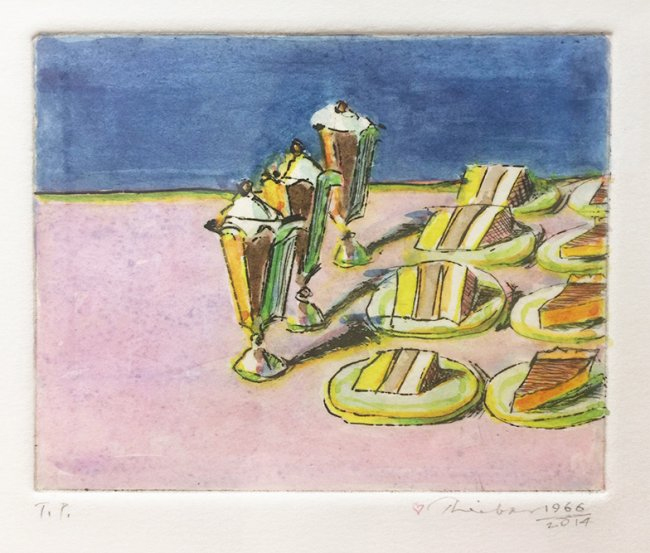 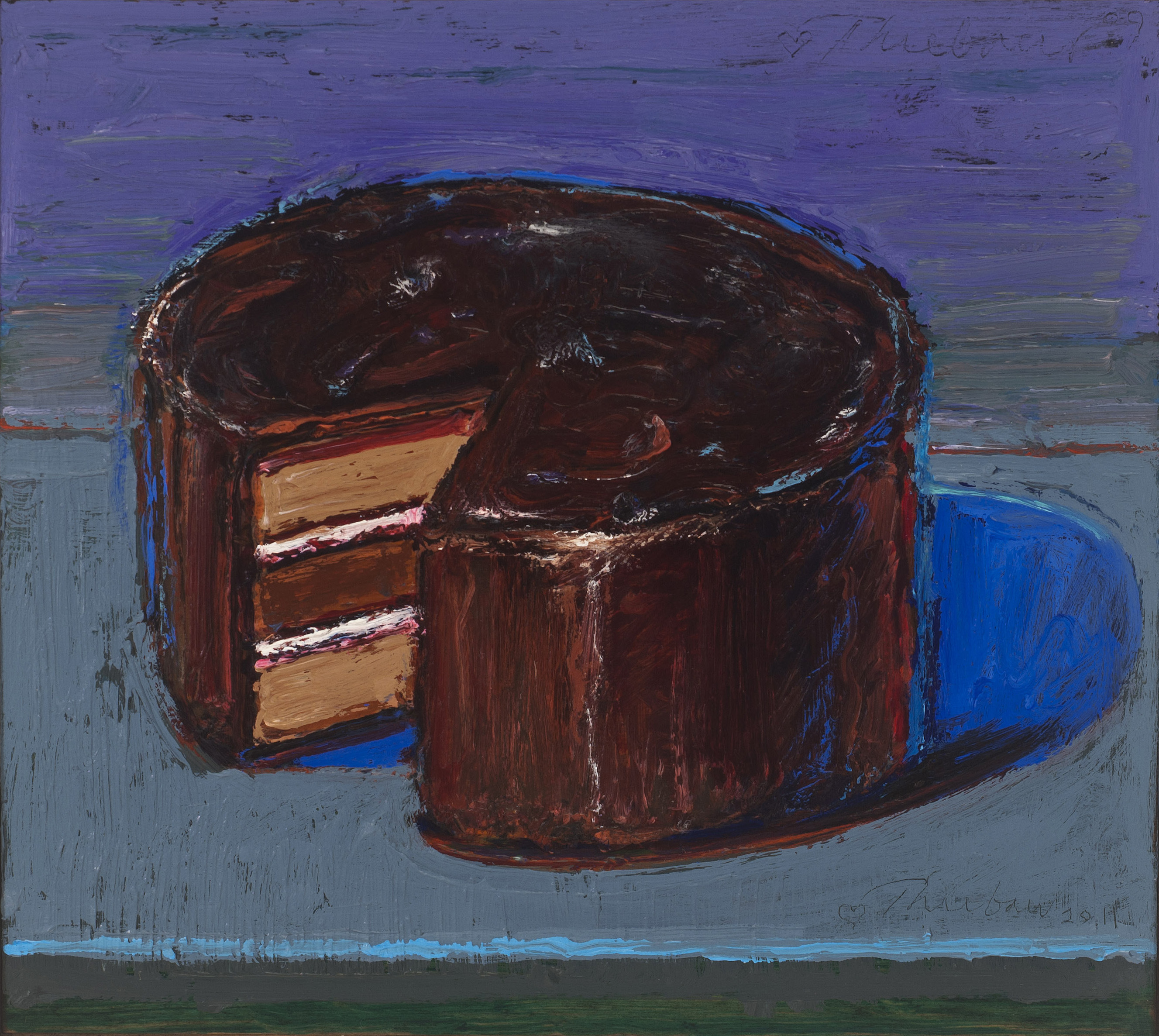 Wayne Thiebaud (1920 in Mesa – 2021 in Sacramento, California) was an American artist and one of the most important representatives of American Pop Art

He caricatured classmates and teachers and was already working as a student during the summer holidays in the animation department as an animator and assistant draftsman at Walt Disney Studios (1936). From 1938 to 1949 he was a full-time designer and cartoonist.

During World War II (1942-1945), Thiebaud served in the United States Army Air Forces. He started out as a commercial artist and studied at San José State University (Bachelor of Arts). In the early 1950s he attended California State University, Sacramento. Here he was also a lecturer at Sacramento City College in 1961 and from 1960 to 1976 a lecturer at the University of California, Davis – where Thiebaud was still a preferred lecturer as an emeritus even in old age. One of his early students was, among others, Mel Ramos. In New York, Wayne Thiebaud met the art scene of the 1950s with Franz Kline, Willem de Kooning and Elaine de Kooning.

His delicacies and sweets such as slices of cake and ice cream cones are eloquent testimony to his artistic style. Like Edward Hopper, Thiebaud’s work became an interpretation of a particular, shall we say, American sensibility. His sweet still lifes absorb the abundance of the so-called „American way of life“. In his color palette, Thiebaud creates his own atmosphere, which always contains a portion of irony – this is where the real and the imagined world meet.

„From gumball machines to landscapes of San Francisco, he has transformed everyday life into an iconic statement of color and form,“ said Gavin Newsom, California Governor, in honoring Wayne Thiebaud’s artistic work.