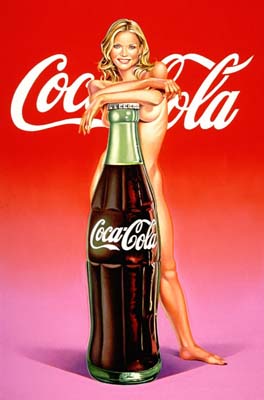 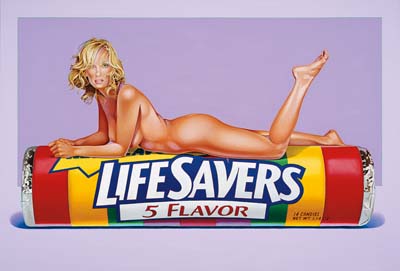 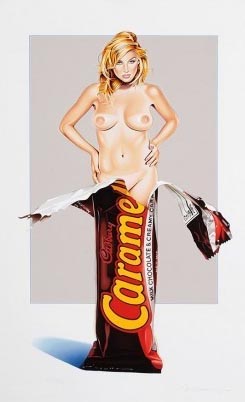 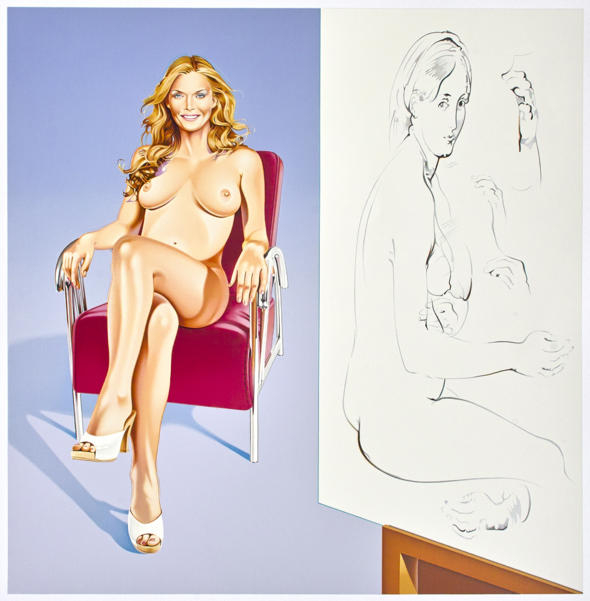 Mel Ramos studied art and art history at Sacramento Junior College. After that, the young artist went to State College from 1953-1958, where Wayne Thiebaud was his teacher. In the early 1960s, Mel Ramos taught in the Bay Area (CA).

Alongside Roy Lichtenstein (1928-1987), Robert Rauschenberg and Andy Warhol, Mel Ramos is today regarded as one of the most important artists and painters of American pop art.

As an artist of his time, Mel Ramos speaks the visual language of the Pop Art generation and henceforth creates a new, very unique one

His “Commercial Pin-up Girls” merge with the aesthetics of the beautiful, colorful world of advertising and appeal to the viewer in a striking way.

Galerie Jeanne, located in downtown Munich, is exhibiting the following signed and numbered series prints and lithographs by Mel Ramos

Mel Ramos works of art can be found in international exhibitions, museums and collections:

For further positions of Mel Ramos in the Galerie Jeanne in Munich or if you have any questions please do not hesitate to contact us.