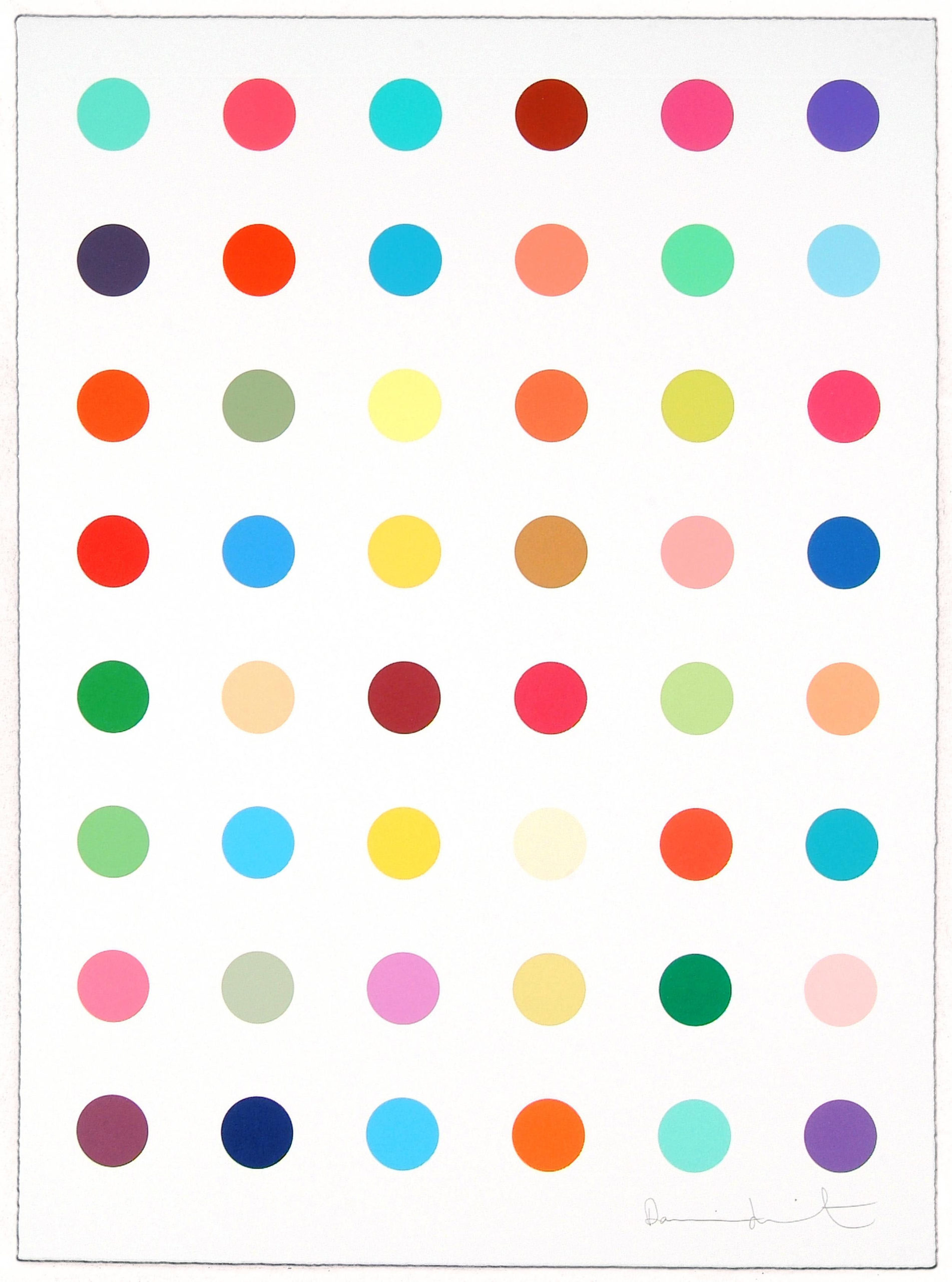 From this series there are 120 unique pieces in different colourings 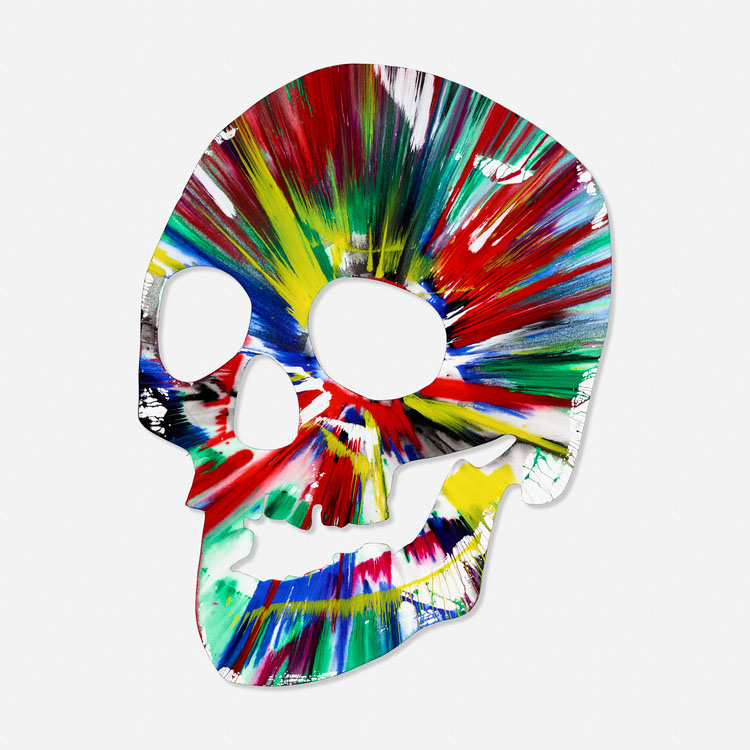 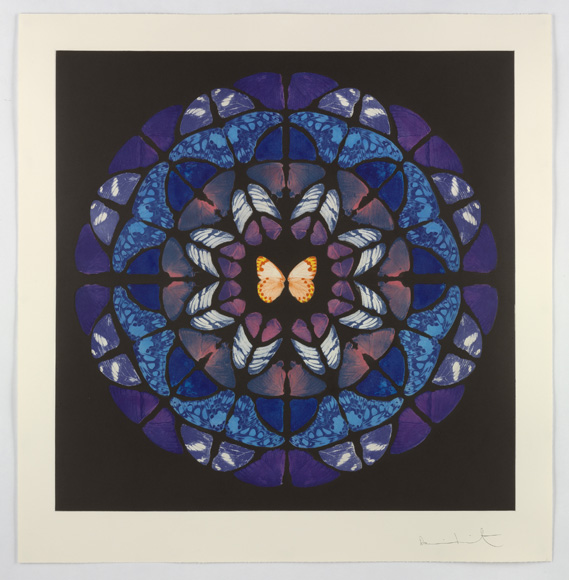 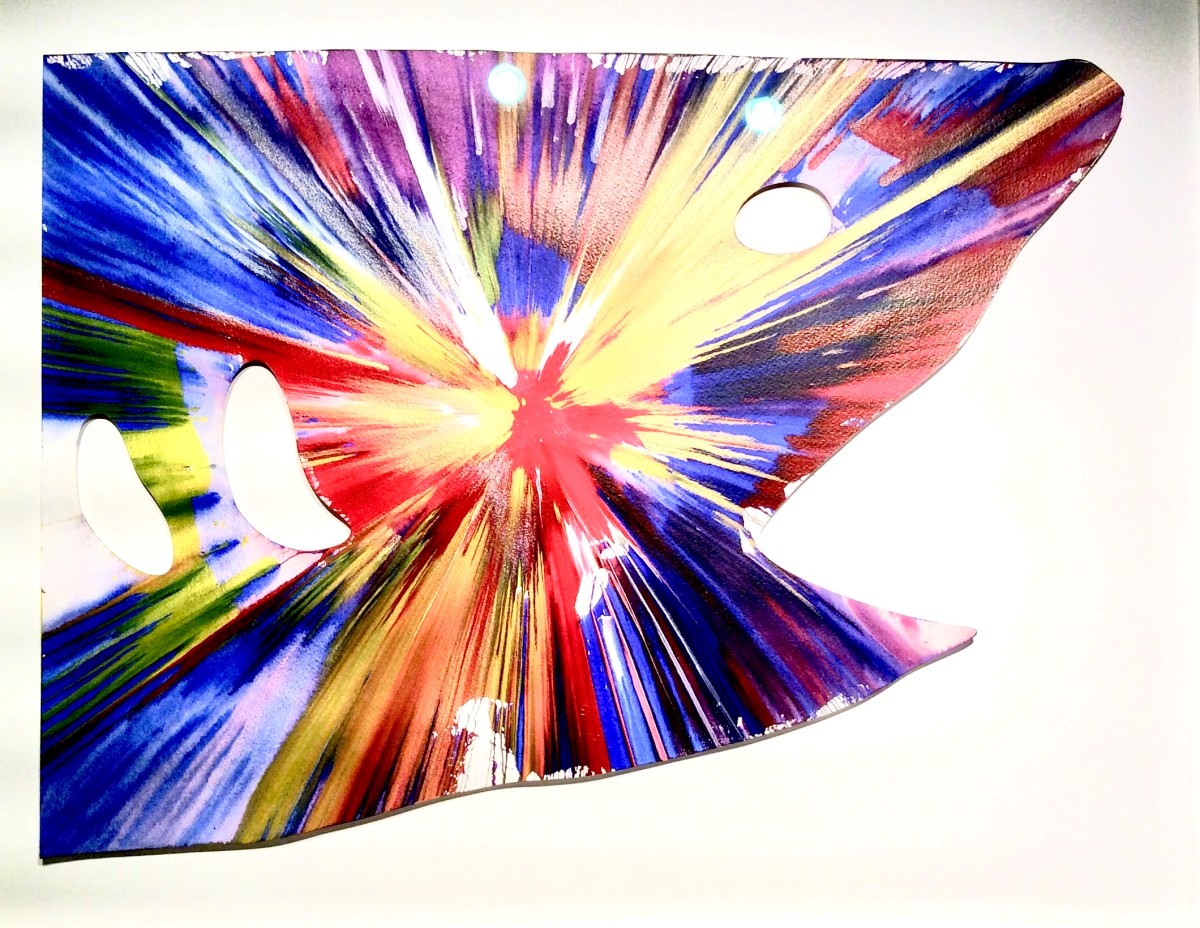 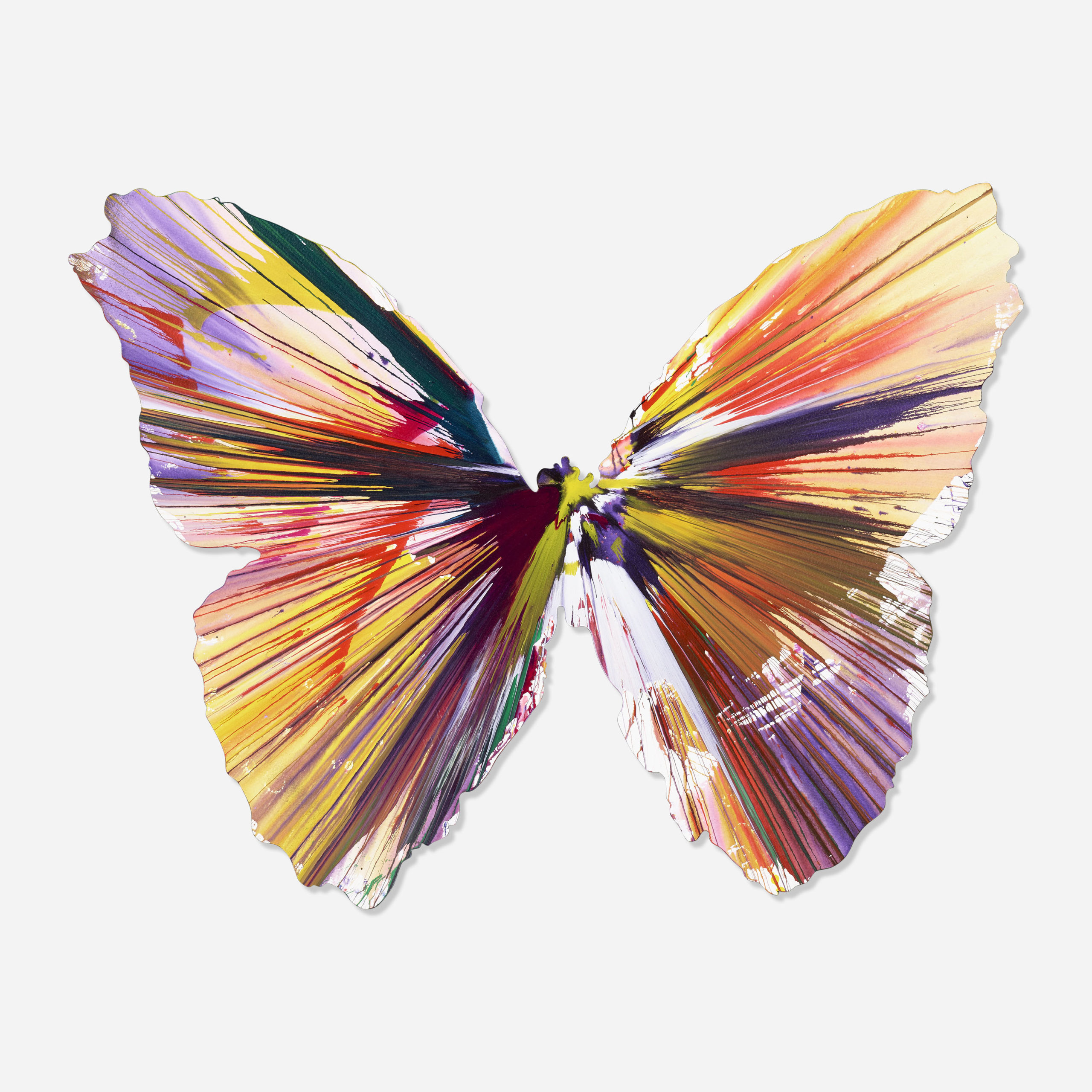 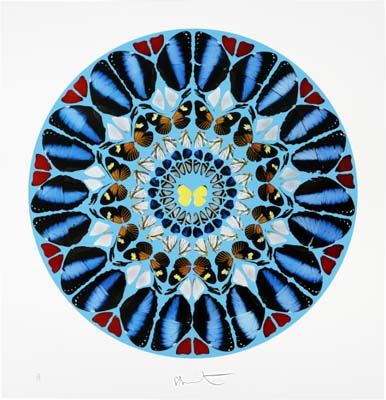 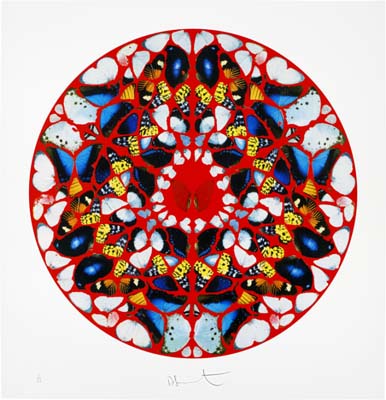 The artist Damien Hirst belongs to the group of artists known as the „Young British Artists“ (YBAs) who rose to prominence in the late 1980s. His works of art have a high recognition value. The YBAs include artists such as Tracy Emin and Marc Quinn.

Hirst studied at Goldsmiths College in London and made a name for himself as a sophomore in 1988 as organizer and curator of the FREEZE exhibition, which showcased the art of Young British Artists. With this exhibition, which took place in London’s waterfront, a new art phenomenon was born: YOUNG BRITISH ARTISTS. From the 1990s, Hirst himself became the most prominent of this group of artists. Through provocative sculptures such as the famous diamond-encrusted platinum cast of a human skull (2007) with the work title „For the Love of God“ or the huge formaldehyde shark in the glass aquarium, the photographs of his work and thus his name went around the world.

In his artistic work, Hirst often crosses the boundaries between pop culture, science and art. The aesthetic potential of his works of art and the versatility of his subjects take up and expand the contemporary means of design. His works appeal to a broad, young and international collector public worldwide.

Damien Hirst is a collector himself

Since 2015 he has been showing exhibits by Bansky, Tracey Emin, Sarah Lucas, Gavin Turk and other well-known artists in his own art showroom and art museum in London. His art collection also includes works by Francis Bacon, Pablo Picasso and Jeff Koons. Damien Hirst repeatedly designs attractive exhibitions from the abundance of art objects and pictures in his collection, which comprises around 2000 exhibits.

For more in-depth reading of the artist’s work, we would like to take this opportunity to read Ulrich Blanché’s book “Damien Hirst. Gallery Art in a Material World” (Baden-Baden, 2018).

Damien Hirst is often a pioneer in contemporary art with the latest works of art – now he has the first „Non Fungible Tokens (NFTs) Collection“. The digital certificate (NFT) extends to a work of art and changes the art world through a „token“ (token). A non-fungible token is a non-exchangeable certificate. Damian Hirst lets the buyer of a work sometimes decide for himself whether he wants the sheet or whether Hirst burns the work of art in paper and the collector then brings it into his art collection as a digital certificate (Non-Fungible Token, NFT).

In 1995 the artist Damien Hirst received the coveted

Damien Hirst’s prints and multiples are limited and signed: Some of Damien Hirst’s works of art can be bought in Munich at Galerie Jeanne.

For further informations or if you have any questions please do not hesitate to contact us.