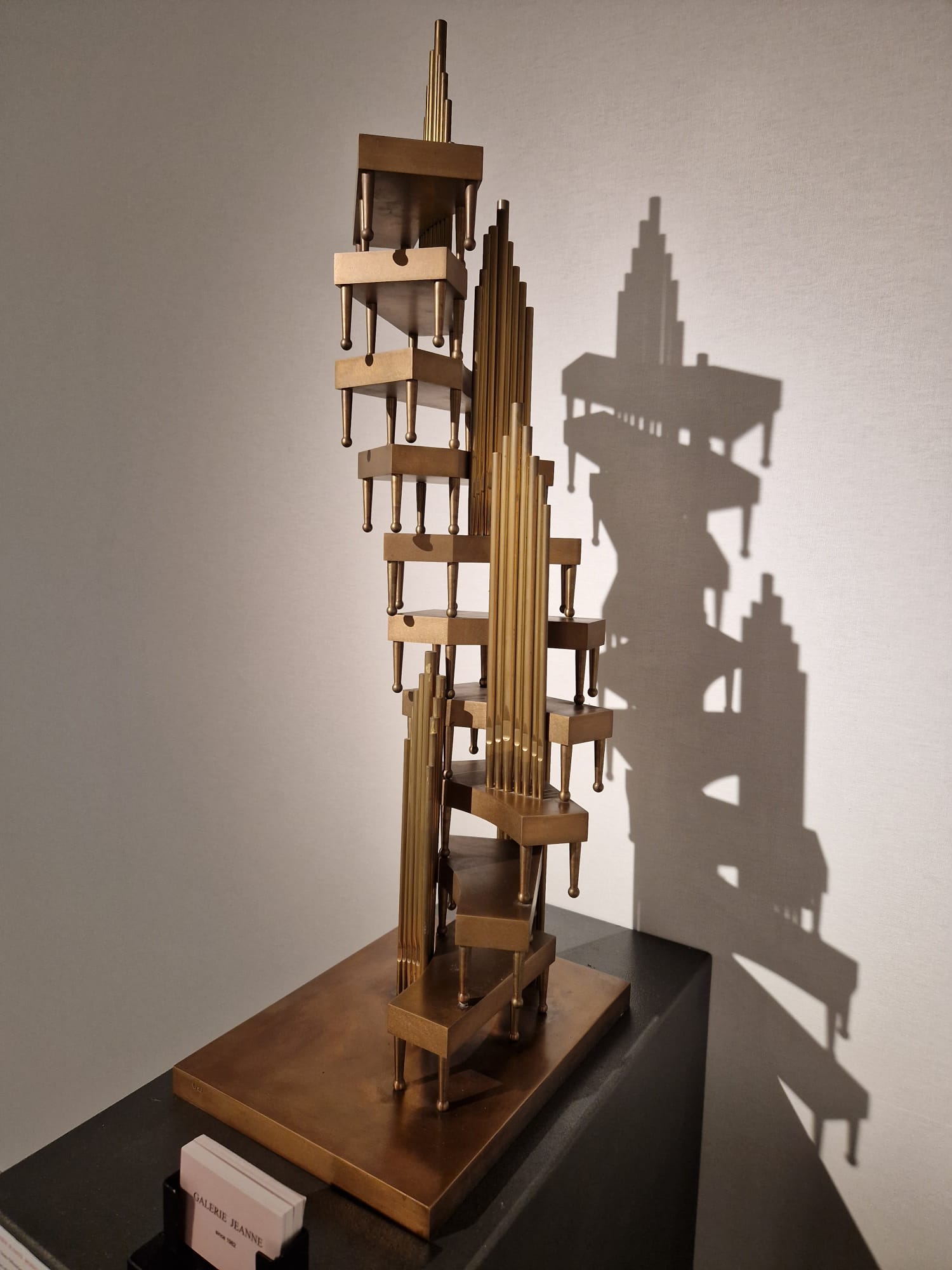 The French-American object artist  Arman was one and co-founder of the Nouveau Réalisme. His full name was Armand Pierre Fernandez and through a typographical error on an invitation card in 1958 he took the stage name Arman (the „d“ of „Armand“ was missing).

Arman completed his art studies at the famous Ecole des Arts Décoratifs in Nice and at the renowned Ecole du Louvre in Paris. His artistic motivation was influenced by the role models Vincent Van Gogh, Serge Poliakoff and the Dadaist Kurt Schwitters.

The philosophy and aesthetics of the Dada group, with Yves Klein and Jean Tinguely as Nouveau Rèalisme (New Realism) artists, influenced Arman, as did the contemporaneously emerging pop art of American artists. In his works from the 1960s, he openly criticized the consumer world, the throwaway culture and, above all, mass production.

On October 23, 1960, Arman suddenly made himself known

Arman reacted to the exhibition „Le Vide“ by Yves Klein, which showed a white-painted gallery with empty walls, which was only emitted by blue light, by filling a gallery up to the ceiling with rubbish two years later.

In 1961, Arman became known throughout Europe through the gazettes for his artistic colères/“tantrums”:

Arman had smashed violins or double basses in an art action.
Two years later, in 1963, his action concept, his colères, was expanded: Arman cuts up objects (the work series „coupes“) or simply blows them up with dynamite (which has been handed down in the work series „combustions“). : the remaining remains are exhibited as artefacts of the Colères.
The artist Arman began a new series of works in 1964: the “inclusions”.
Armon shows objects sealed in polyester, such as spoons, teapots or hairbrushes, which he calls “accumulations” and which are then “invisible” from the 1970s because he casts them in concrete.
And in 1966, the towers were made from tubes of paint in Plexiglas.
At the 1967 World’s Fair in Montréal, Arman exhibited his accumulations of car parts. Arman caused a sensation in 1982 with his surreal, towering sculpture Long-Term Parking – in which the artist stacked original cars, a total of 60 pieces on top of each other, which, it felt, seemed like several pillows, i.e. cast very softly in cement permanently „park“.

In 1991, the Arman created, among other things, portraits of famous artists in music history, including famous composers, but not as paintings, but as sculptures made of musical instruments.

In 1995, Arman’s Hope for Peace monument was created in Beirut: he cast a total of 83 military vehicles in a 32-metre-high concrete sculpture.

Arman has received numerous awards for his artistic work

Museum Abteiberg – Accumulations „Les encrier“ (1961), „Le bon caviar“ (1962) and other works by Arman in other techniques