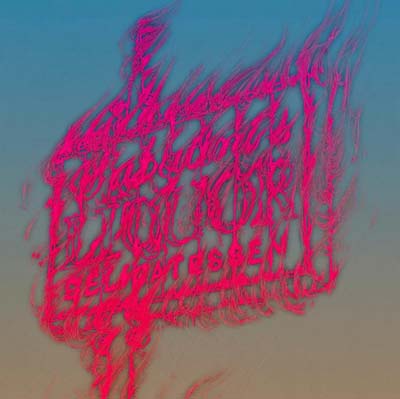 The American artist Gary Simmons from New York City interprets icons and stereotypes of American popular culture (film, architecture, collective memories, race and class) in his works. His works address very individual experiences within society, which, however, also include the collective being.

Simmons graduated from the School of Visual Arts with a Bachelor of Fine Arts degree in 1984 and received his master’s degree from the California Institute of the Arts (CalArts) in 1990. A short time later, Simmons received two grants in quick succession: the National Endowment for the Arts Interarts Grant and the Penny McCall Foundation Grant. The artist opened his first studio in Manhattan (New York).

Simons suddenly became known for his works made of white chalk on a black board, which he called „Erasures series“, which the chalk was then smudged. The works had a partly spooky touch. The work entitled “Wall of Eyes” was commissioned from him in 1993 for the Whitney Biennial. Simmons transferred this technique to canvas in pigments, oil paints and cold wax.

The sculptures and installations that Simmons created as a sculptor can be found in collections and museums worldwide.